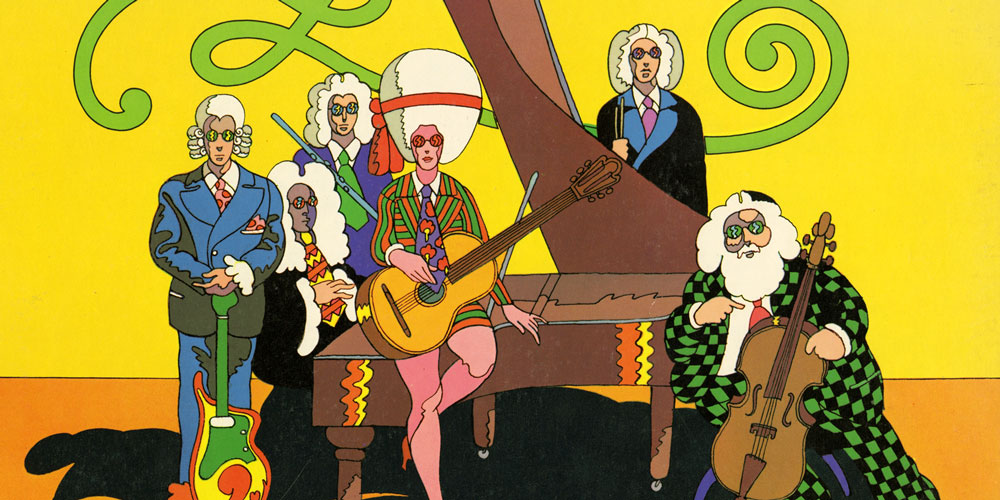 The extraordinary thing about Milton Glaser is the depth of his work. You can stumble upon a piece that is so simple and iconic only to find that it has many more layers to it. I discovered a lot of these connections while researching his album cover designs. For instance, he would create custom type for an album that he would later turn into a font. He'd use that font on other materials, and then other designers would use it on their own albums covers. All of those connections make you realize just how broad his influence was on so many industries. And it's not just the custom type - he'd extend an album cover painting into promotional materials, or in the case of Dylan, include a poster in the album itself. I had fun trying to look at his work through the lens of the music industry, but I also realized it's impossible to distill everything down into one gallery. His work is everywhere, and his legacy is vast.

Glaser had a long history with record labels. According to Discogs, he was credited with the design of 255 albums over the course of 60 years. His relationship with record label executive Kevin Eggers led him to explore a variety of covers for the Poppy and Tomato record labels, including the career of Townes Van Zandt. And while classical album covers never get much attention in graphic design history, his colorful paintings were interesting and unique in an otherwise stuffy genre.

I have curated this gallery from over 200 albums, so I left some out. If I missed an album that you feel should have been included, drop my a line.