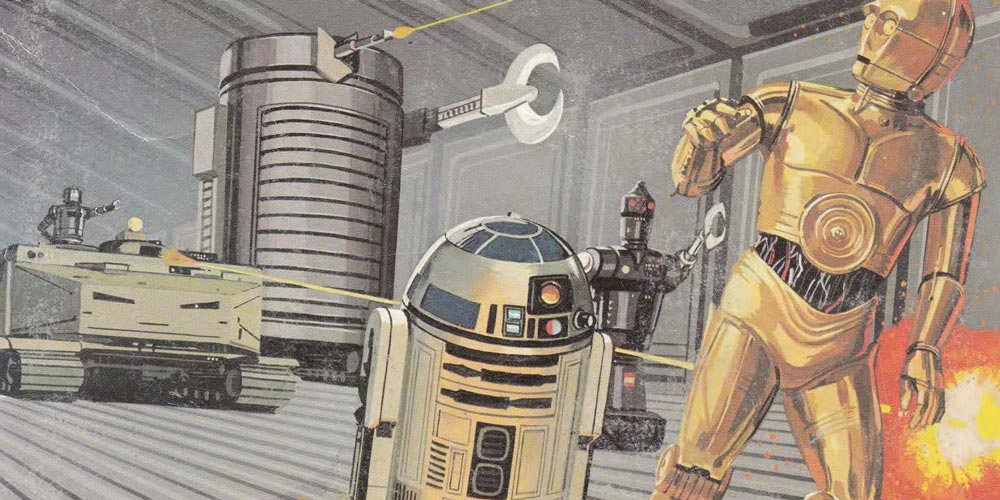 Before the quarantine started, I took my daughter with me to our neighborhood record store. We were planning on searching through the bins together, and then have a treat at the coffee shop next door. She emerged from her search with a handful of read-along records, which brought back a bunch of fun memories.

Two of the biggest record labels that put out read-along records were Disneyland and Peter Pan. Both had thousands of popular releases, but I wanted to find a label with more of a niche audience. I stumbled upon Buena Vista Records, which was a Disney offshoot that released non-Disney (at the time) properties. I had most of their Star Wars records, which brought back long-lost memories of Artoo beeping to let you know to turn the page.

I've put together Buena Vista's greatest hits for this post, but there are so many other labels out there to explore. I also discovered Rainbow Records, Power Records, and Kid Stuff Records & Tapes, which I'd love to feature in future posts. Since it would be hard to track down the physical copies right now, I've included YouTube links (and Flipbook, if available) to enjoy.