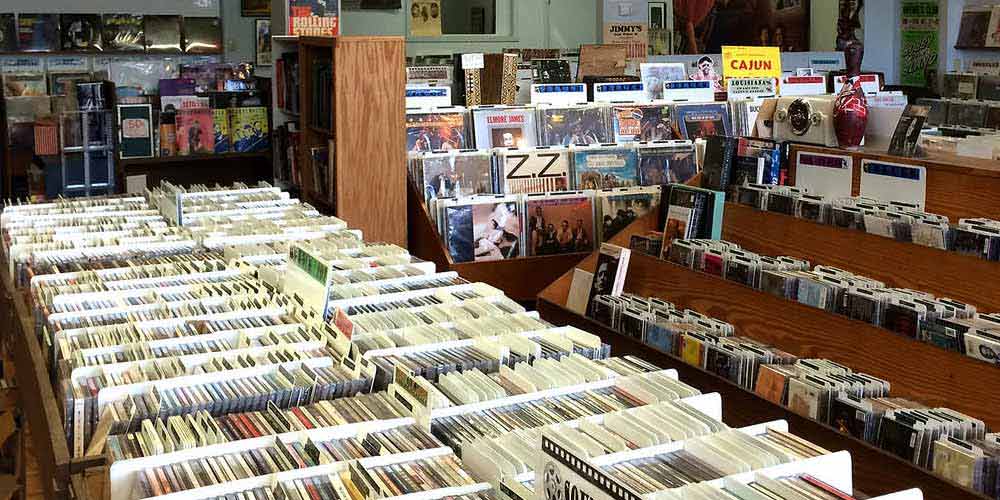 I’ve been record shopping online and around Austin for about 15 years now, so I’ve acquired quite a few opinions on the matter. Here’s my take on finding the best deals, the best selection, and avoiding the dreaded “bent corners.”

I get about 75% of my new vinyl from Amazon. If I hear about a new album, even if it’s not coming out for months, I pre-order it on Amazon and it shows up at my door the day it’s released. They also offer the lowest price by adjusting the purchase price when the album ships. But maybe the biggest plus for Amazon (aside from Amazon Prime) is that they really have packaging figured out. I’ve never received a damaged album in all the years I’ve been buying from them.

I stay away from the Amazon Marketplace. For a brief period of time I used it and thought I was being clever by saving a few bucks. And then 3 out of the first 4 albums I purchased showed up damaged and had to be returned. Overall, I usually won’t buy individual albums from anyone but Amazon.

Insound was one of the very first to the online vinyl game. I used to do all of my new vinyl shopping with Insound before Amazon arrived on the scene. They do have a nice “most popular” chart for vinyl releases.

I’ll lump these 3 together because they’re all fairly similar. I get 90% of my used vinyl from these services. They’re all essentially marketplaces, but they’re very well vetted and I only buy from reputable shops. Most of the larger sellers have their catalogs on all three services.

I’m a picky collector … I usually know exactly what I want when I’m shopping. On these sites, you can search for specific albums and then see which stores have them for sale. The only downside is you may run into multiple shipments, but I usually just browse one sellers catalog to save on shipping. On a packaging note - most reputable sellers know how to ship used vinyl correctly in order to avoid the dreaded “bent corners” (shipping the vinyl outside of the sleeve).

I probably use Discogs the most. It’s the easiest to use. Musicstack isn’t far behind, it’s just a little less user-friendly. Gemm is the hardest to use, and as a result I use it the least.

Nowadays, I only use eBay for record lots. About two years ago, I realized I didn’t have any Elvis records. I found a 40 album lot (with some patience) that I scored for about $50 bucks. Individually, it probably would have cost me closer to $200.

I never buy individual albums on eBay. It’s too much of a crapshoot with shipping and packaging.

I love that their vinyl section is slowly overtaking the CDs. I used to get all of my new vinyl from Waterloo and I still try to buy there as much as I can. It’s also one of the only places to find vinyl from local artists (I recently picked up a sweet limited edition of Okkervil River’s latest). Pro tip - vinyl is 10% off on Tuesdays.

End of an Ear

I love End of an Ear and I’d shop there all the time if it was closer to me. With a 2 year old, it’s just hard to go record shopping in person. The owner is great as well - very helpful and unpretentious. Support your local record shop!

I don’t waste time at Half Price Books anymore. I go to a local record shop instead. About 5 or 6 years ago you could find a deal, but they price anything decent accordingly now. Actually, go here if you want to get a .50 copy of the Saturday Night Fever soundtrack. They’re not picky about what they take in, so most of the selection isn’t great.

Same as above. A total crapshoot on quality.

I used to shop at Antone’s when I lived closer to campus. A true gem of Austin with tons of history. Great little shop.

Breakaway is my neighborhood record shop in the Highland Plaza. There’s a great coffee shop next door as well. It’s a great way to spend your Saturday.