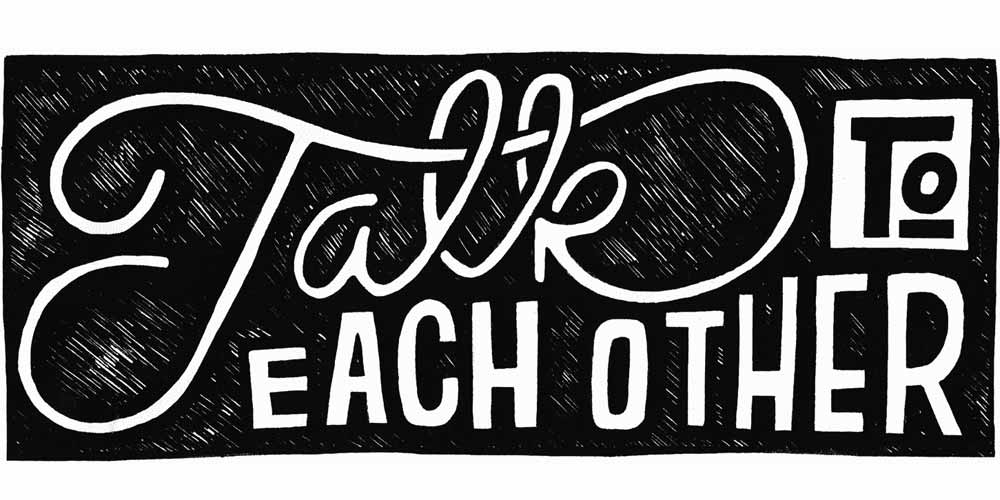 My brother is the girls soccer coach at Hutto High School (Go Hippos!), and they recently won the district title. He got his start coaching middle school soccer about 5 years ago, and I always remember the first time I watched him coach. I was excited to cheer on the team, but I was also interested to see how he was taking on the role of leading a bunch of 7th and 8th grade girls. I got a seat right next to their bench, so I could hear what he was saying to his team.

Now the age-old cliche of a coach on game day usually involves a lot of yelling. It’s easy to picture a red-faced coach screaming at the refs or at a player to hustle. However, most of my brother’s yelling was focused on one simple concept:

Every coachable moment involved communication, whether it was a missed pass or a breakdown on defense. To him, mistakes were made because they weren’t playing together as a team. As a player, I think the easy answer is to blame someone else… “She didn’t run fast enough,” or “She didn’t make the right pass.” And maybe there’s some validity to that. But as I watched the game unfold, I realized that playing smart and playing together was the true measure of success.

Mia Hamm, usually referred to as one of the greatest soccer players of all time, once said:

“I’m a part of a team, and I’m no better or any worse than any single player on this team. That’s the approach I’ve always had and will continue to have. It’s not about me. It has never been all about me. If it had, this would have been a really lonely journey.”

It’s easy to assign blame when you’re working on a team. In the web industry, we like to talk about our process, our roles, and our tools but tend to forget the simple reason why a project breaks down… the inability to work as a team. Maybe it’s a developer that’s handed a photoshop document to code. Maybe it’s a designer having their input fall on deaf ears. Maybe it’s a project manager putting clicks above user experience. I’ve seen a project break down in many different ways and poor team communication is almost always the culprit.

Projects tend to go much smoother when the whole team is able to clearly and openly communicate their ideas early on. It’s like game planning for an opponent before a game. Coaches use chalkboards to diagram plays, promote a dialog, and ask questions. They do everything in their power to make sure the team is on the same page and working together before they take the field. And hopefully, that carries over to the game.

When we build websites, there’s a tendency to jump into the build process far too fast and forget about the game plan. Instead of presenting ideas digitally, talk them out with just pencil and paper. Scribble ideas on a whiteboard. Encourage a healthy back-and-forth. In my opinion, introducing tools (such as photoshop, sketch, or anything digital) too early in the process can cause power struggles and friction. Digital mockups can be burdened with a strong sense of attachment and they don't always represent what's possible on the web. Code prototypes can divert focus by feeling too final. Strip away the digital barriers and force your team to talk about ideas and concepts without computers. Not only will it ease tension from the start, but it will encourage your team to talk to each other throughout the process.